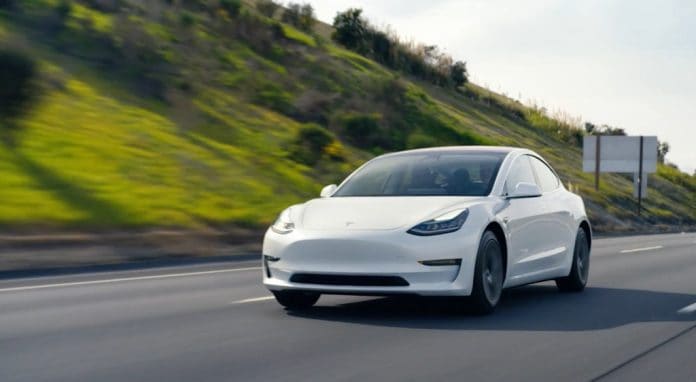 During the Q4 2019 Earnings call held on January 29, 2020 Elon Musk gave some additional insights into when and what may be expected for Full Self-Driving “feature complete.” We’ll dig into the details below.

That end-of-year deadline for “feature complete” passed, however, Tesla did release a Full Self-Driving “Sneak Preview” at the end of the year showing the capabilities of its Full Self-Driving Computer (aka Hardware 3) by recognizing and displaying road markings and signs on the vehicle’s screen.

On January 11, Elon Musk tweeted in response to a question that Full Self-Driving (FSD) “feature complete” is coming soon.

On the Q4 2019 Earnings call Elon was asked when Full Self-Driving would be considered feature complete and he said they “might be feature complete in a few months”, so hopefully by mid-2020 at the latest.

What Exactly is “Feature Complete?”

When Elon first described “Feature Complete” during autonomy day in 2019, he emphasized that “feature complete” means that it’s ready from a development standpoint and not yet released to the public, which may come much later, pending Early Access Program testing and regulatory approvals, etc.

The expectations of what to expect were tempered quite a bit on the Q4 2019 earnings call, Elon further elaborated:

“feature complete just means it has some chance of going from your home to work with no interventions. It doesn’t mean the features are working well. It means it has above zero chance.”

That means we likely won’t see Navigate-on-Autopilot for city streets that works well, for quite a while, especially for end-users, since it will still need to go through the Early Access Program and potentially also face regulatory hurdles.

In April of 2019, Tesla provided investors and attendees of the Autonomy Day in 2019 presentation with a real-life demonstration of what a highly-functional version “feature complete” might look like with an autonomous driving Model 3 near its headquarters in Palo Alto.

In the video below you can see the original demonstration and how the current, publicly available Full Self-Driving compares.

The biggest gap is currently in city driving, which is why the sneak preview includes the visualizations demonstration.

For years, Tesla has teased autonomous driving which you can see with these original autonomous demonstration videos, so many people are naturally skeptical that this technology will reach the hands of consumers anytime soon.

Remember that Elon has also promised a fully autonomous cross-country trip that never materialized, although others have completed one.

Of course, the big future promise from Tesla has always been autonomous Full Self-Driving, aka Level 5 (what do Levels mean?) driving, which would allow cars to fully drive themselves but there have been numerous delays bringing that promise to fruition.

The Tesla team is continually improving Autopilot and Full Self-Driving, the technology that allows Tesla vehicles to nearly drive themselves under supervision, and new updates are being released on a regular basis.  As the number of Tesla vehicles grows, Tesla is able to collect ever-more information from the fleet’s onboard cameras and sensors.  It uses this data to ‘teach’ the Autopilot neural network (AI) how to become a better virtual driver.

In the near term, we’re likely going to see improvements and handling in city streets, especially since that’s promised directly on the Full Self-Driving order page.

Even way back in December 2018 Elon tweeted that Tesla is working on the following enhancements that would make using Autopilot on city streets much safer (it’s not recommended today):

Already testing traffic lights, stop signs & roundabouts in development software. Your Tesla will soon be able to go from your garage at home to parking at work with no driver input at all.

Musk also claimed that Tesla owners should soon be able to drive from home to work without any driver interaction at all. The Tesla CEO did not have a timeline for these rollouts at the time of his tweets, but we know that as of mid-2020, the vehicle responds to traffic lights and stop signs, but can’t fully navigate or autosteer on city streets. The roundabout feature will likely take longer to implement.

While 2020 sounds promising, one potential hurdle faced by Tesla comes from the federal government. There are no laws on the books that mandate the regulation of autonomous vehicles on the road. Even if Tesla Autopilot moves closer to fully autonomous driving, it is unclear what, if any, effect it may have on drivers.

It’s exciting to see new features roll out as the over-the-air software updates are one of the things that make Tesla so special. With the release of Hardware 3, we expect the Full Self-Driving feature set to accelerate even more in 2020 and 2021.

That said, we don’t expect a big single release that suddenly makes Tesla vehicles autonomous, instead, we anticipate gradual improvements to assisted driving and safety. Most likely the ability to better respond to city traffic controls and auto-steer on city streets will come next and evolve over time. Either way, we’re excited to see what’s in store for 2020!