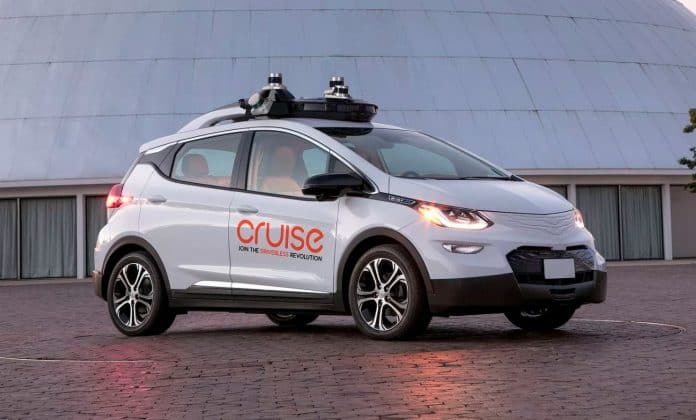 GM Cruise LLC, the autonomous vehicle unit of General Motors, added another $1.15 billion in equity to its already growing coffers in May of 2019. It received an investment from a group of companies that included Vision Fund, Honda, T. Rowe Price Associates, SoftBank and its own parent company, GM. Cruise plans to launch a fleet of self-driving vehicles that consumers can use for ride sharing, similar to Uber and Lyft.

With this additional investment, Cruise currently holds $19 billion for development. This figure includes a commitment from SoftBank. According to Cruise, it has received $7.25 billion in the last 12 months for development.

Many companies have plans to create a fleet of self-driving vehicle for consumer ride sharing, but GM Cruise has the most aggressive timeline with plans to roll-out its cars in 2019. Headquartered in San Francisco, Cruise has grown from 40 employees to more than 1,000 along with expansions into Seattle.

With the Seattle expansion, GM Cruise hopes to take advantage of the engineering talent in the area. The company intends to retain between 100 to 200 new engineers by year’s end. Dan Ammann leads the company and plans to hire more than 1,000 new employees over the next 12 months to accomplish its goals. Arden Hoffman has taken over the company’s Human Resources department to ramp up hiring after leaving Dropbox.

In San Francisco, GM Cruise plans to expand its office space. While it intends to keep its current headquarters space, it’s acquiring the former office space of Dropbox to accommodate the additional staff numbers.

With this investment GM Cruise is sending a strong signal of dominance to other leading competitors in the space like Alphabet’s Waymo, Argo AI (Ford), and Aurora Innovation (that raised over $530 million in early 2019), Zoox, and of course, Tesla’s Robotaxi plans presented during its Autonomy Day.