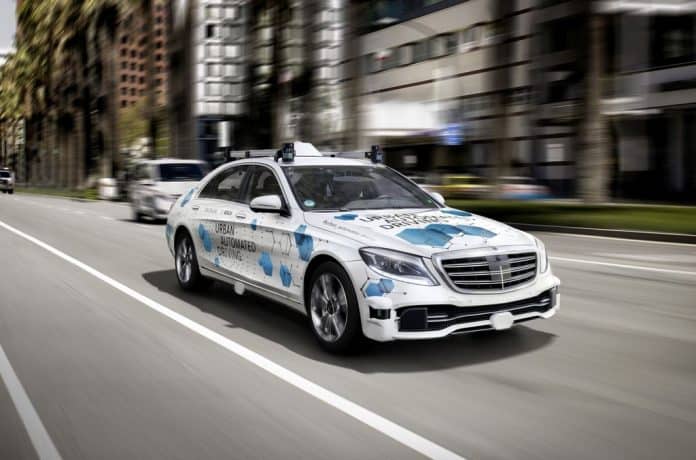 Mercedes-Benz next-generation S-Class models are poised to give drivers Level 3 autonomous driving technology, called the ‘Eyes-Off” experience, in 2020. If Mercedes meets its S-Class goal, it will have the jump on the iNext electric vehicle by BMW, slated to debut in 2021.

What is Level 3 Autonomous Driving?

There are six levels of driving, Levels 0 through 5. At Level 0, a human driver operates the vehicle at all times. At Level 5, a vehicle contains an Automated Driving System (ADS) that operates the vehicle at all times and its human occupants are passengers with no driving responsibilities. Conditional Automation is Level 3 assistive driving. Under certain circumstances, such as bumper-to bumper traffic traveling less than 37 miles per hour, the ADS could drive the vehicle. However, the human driver must be ready to resume control within 10 seconds when the vehicle technology requests it.

Moving Up to Level 3

Currently, Mercedes S-Class vehicles are equipped with Level 2 Advanced Driver Assistance System (ADAS). This technology requires a human driver’s attention at all times, although in some situations the vehicle has the ability to control both steering and accelerating or braking simultaneously. Audi’s new A8 sedan is equipped with Traffic Jam Pilot, the world’s first Level 3 system and made its debut with approval for German roads. Tesla has started retrofitting certain S/X vehicles in California with Hardware 3 (HW3), its custom-designed Level 3 full self-driving computer. Availability of ADS differs depending on vehicle locations. Automakers and regulators worldwide have not come to agreement on issues such as technology safety and use standards.

A distracted human driver is often the cause of motor vehicle collisions in Level 0 cars and those equipped with an ADS. Assistive driving can help create a safer driving experience, including for aging drivers. The systems work best when human drivers are aware of their car’s technological limitations and their own, and use that awareness when operating the vehicles.

The term ‘autopilot’ has been used for decades within the aircraft industry, enabling pilots to reduce their cognitive load by allowing an aircraft to...
Read more
Autopilot