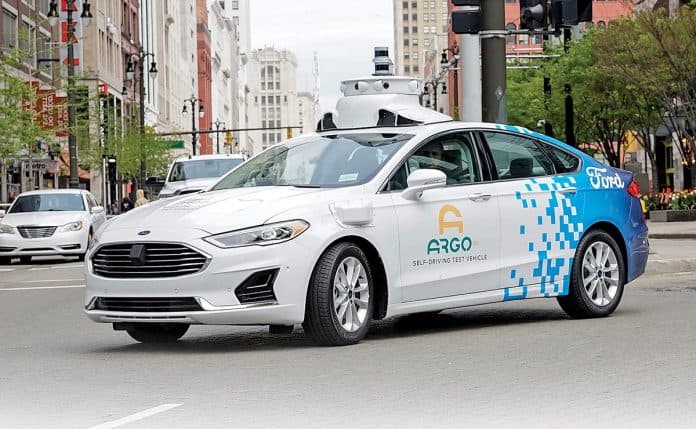 Ford and Volkswagen have teamed to shoulder the cost of new auto technologies, namely electric car components and self-driving cars. As of 2019, Ford’s full fleet has no pure-electric vehicles; Volkswagen continues to live down the aftermath of its defeat device and fuel emissions cheating scandal, but pledges a fleet that is 40% electric by 2030 and CO2-neutral by 2050. Talks between the two giants began months ago, and there were plans to develop medium-sized pickups and commercial vans beginning as soon as 2022. Both companies CEOs appeared together on Wall Street to formally symbolize the alliance.

Research and development for both electric car components and self-driving technologies has gargantuan dollar values attached, with potential returns on investment not likely until at least 2030. The two powerhouse automakers balance each other out, with Ford being a leader in autonomous driving and Volkswagen excelling in electric car components. Such marriages aren’t unusual among automakers though they are occasionally fruitless. One such Volkswagen and Suzuki collab ended bitterly in 2015. Other mergers include BMW and Daimler as well as Fiat Chrysler and Renault. In this case, Ford and Volkswagen pledge to negotiate goals equally, capitalizing on equal division of labor, mutual financial investments and each company’s relative strengths.

Ford and Volkswagen hope to get ahead of new environmental regulations in Europe and to sharpen their competitive chops in electric car component markets where players like Tesla, Uber, Amazon and Google parent Alphabet are already making in-roads. Amazon is already performing deliveries via self-driving trucks.

Volkswagen’s $2.6 billion investment of cash and other resources support the Ford back-backed startup Argo AI. Volkswagen intends to incorporate its current Munich-based autonomous vehicle project into Argo, increasing the latter’s value to an estimated $7 billion. Argo currently focuses on software, sensors, and other self-driving tech. Ford’s mutual investment entails the placement of Argo’s driverless taxi and delivery vehicle systems in the United States. As of 2019, Volkswagen intends to mesh self-driving tech with its ride-sharing service called Moia. Popular in Hamburg and soon to appear in other European Cities, Moia comprises a fleet of six-seat, battery-powered vans with human drivers.

Ford is also planning to construct electric cars that encompass batteries, motors and standardized components based on Volkswagen’s already developed ID.3 model. Volkswagen plans to sell the car for roughly 30,000 euros or $34,000, an economical and welcomed option for middle-income buyers seeking green, battery-powered, personal transpo. The Ford and Volkswagen duet also corresponds to a profound lag in car sales in all major markets, including China, Europe and the United States. The absence of consistently multiplying sales numbers has compelled even auto industry giants into mini alliances to offset skyrocketing costs.