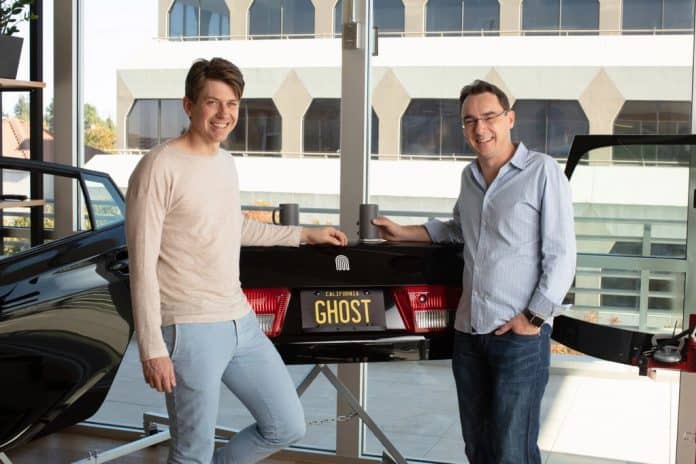 November 2019 – A new player in autonomous driving emerged from the shadows when startup Ghost Locomotion announced $63.7 million in funding. Rather than designing an self-driving vehicle from scratch, Ghost plans to release after-market kits to give nearly any car autonomous driving abilities. Unlike other self-driving startups, the kits are designed for autonomous driving only on highways, making product development more focused versus trying to solve all the complexities around driving in other environments, like city streets, etc.

Ghost plans to initially offer kits compatible with the 20 most popular auto brands, with future vehicle options in the future. These kits include a computer system mounted in the trunk, along with multiple cameras. The computer connects to the vehicle’s Controller Area Network (CAN). This allows the computer to control the vehicle when activated. The kits will only be compatible with vehicles that use CAN, ruling out installation on older vehicles.

Unlike most autonomous highway driving systems on the market, such as Tesla’s Autopilot, Ghost CEO John Hayes indicates that the system should provide full self-driving capabilities, allowing drivers to conduct other activities while it is engaged. Ghost has installed hundreds of prototype kits in vehicles to gather data from high-use drivers. This data is used to refine the company’s self-driving algorithm.

Ghost plans to sell the kits at retail locations, similar to after-market GPS or sound systems. Showrooms, the company indicates, would include vehicles with installed systems so customers can see how they work. The company says the kits will retail for less than Tesla’s full self-driving Autopilot package, which costs around $7,000 currently.

By focusing solely on highway driving, Hayes indicates the company is solving a problem few other companies are working on. Most other autonomous driving are working on the more complex problem of city driving. By simplifying the requirements for the algorithm and the hardware, Ghost intends to have its product on the market sooner, and at a lower price.