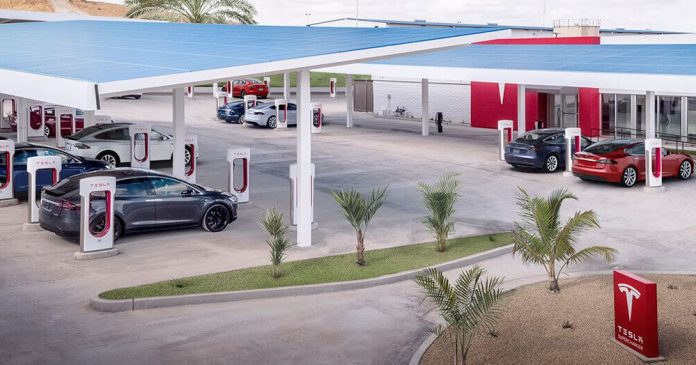 The popular Tesla Free Supercharging Referral program, where owners can provide referral codes to new customers, has been updated to now include up to six months of free Supercharging and now includes all Model 3 trims, including the recently announced $46K, Mid-Range Model 3 variant.

The new referral program perk is retroactive to purchases made between Sept. 19 and Oct. 19, 2018, when new owners received $100 Supercharging credits for their qualifying purchase. That $100 credit was the old program that expired on Sept. 19. New Model 3 owners who bought a car between Oct. 4 and Oct. 19, 2018, receive the six months of unlimited Supercharging. Anyone who previously received the $100 in credits now have the six months of free Supercharging instead.

For a bit of background, Tesla has been tweaking and updating the Tesla Referral program over the last year as they adjust incentives designed to promote the sale of particular vehicles. Originally, the Referral Program offered free Supercharging for Life to customers who purchased a New Model S or X.  That program was scheduled to end in early 2018, but Tesla extended the program several times to encourage brisk sales of Model X and S as they ramped up production of the Model 3.  Later they added the Model 3 performance to the Lifetime Free Supercharging program to bolster sales of high-margin vehicles in order to bring in badly-need cash.

Then in mid-September of 2018, Tesla finally ended the Lifetime Free Supercharging program and replaced it with a $100 Supercharging credit referral program.  The reaction was swift.  Customers felt that the credit was trivial and not worth it given that the purchase price of such premium vehicles.

Free Supercharging, But For How Long?

As a result, Tesla has brought back free Supercharging… sort of.  Now customers of any Tesla vehicle, including Model 3s, can receive free Supercharging for 6 months.  This new referral program makes much more sense as it allows new Tesla owners to enjoy the benefits of utilizing the Supercharging network immediately after taking delivery and particularly now during the holiday season when many will be travelling longer distances.

No one knows how long this new referral program may last. Tesla made several tweaks and changes to the program over the past year, and it may change again sometime in the future as the company tries to find the right balance between offering perks and helping new owners with their purchases.

If you’re interested in purchasing a new Tesla, find out more about the Free Supercharging referral program here.