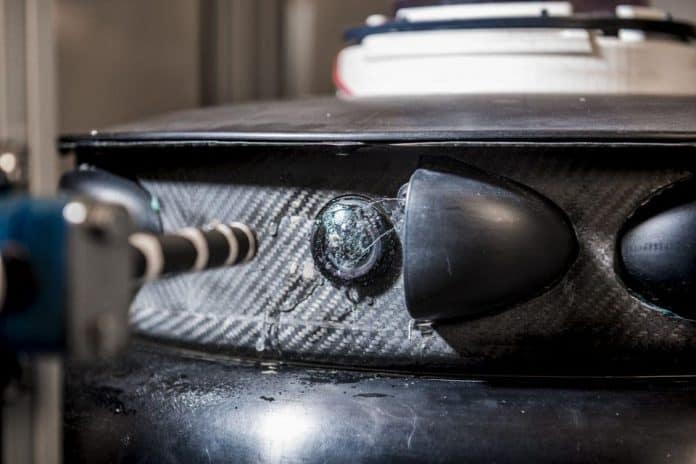 Engineers at Ford Motor Company have figured out how to keep bugs from smashing into and clogging the sensors on its self-driving vehicles like the Fusion Hybrid, a potentially hazardous situation for autopilot systems. Scientific principles, a zoologist’s knowledge of bug behavior, and today’s technology helped the team develop a successful system that diverts most insects.

Smashed Bugs are a Big Issue

While dead bugs on windshields and headlights annoy human drivers, when they smash into sensor lenses on autonomous cars with autopilot, they prevent the vehicles from evaluating their environment properly. If smashed bugs cause a car to stop operating, it could create dangerous conditions. Determined to fix the problem, Ford’s tech engineers and scientists explored various avenues. They developed dozens of new patents, learned from zoologist and author Mark Hostetler about the nature of bugs that crash into cars, and eventually came to a successful solution.

Ford’s anti-bug solution modifies the “tiara,” what the automaker calls the enclosure that crowns its autonomous cars. The light detection and ranging system (LiDAR), cameras, and radar sensors are nestled in the tiara. To protect the equipment from bug boo-boos, Ford added air-funneling slots inside the tiara. As the car moves, the slots drive the interior air outside and produce a curtain of air that diverts bugs from the sensors.

The innovative automaker sees a high level of success in its insect-diverting solution, but the company’s system is not perfect. A bug bypasses the air curtain occasionally and crashes into a sensor. That’s when Ford’s specially designed washer nozzles spray cleaning fluid on the lens and clears it of bug remains almost immediately. An algorithm determines when the lens needs washing. Then, with help from the tiara’s directed air system, the clean sensor lens dries quickly.