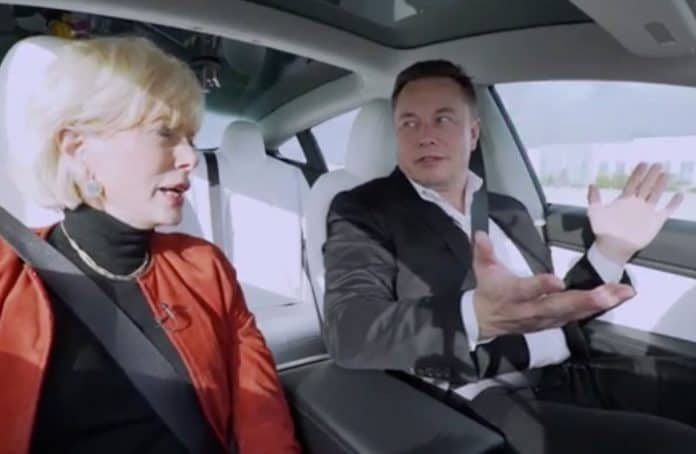 Tesla has been working on self-driving technology for years, but it wasn’t until late 2020, with the release of the Full Self-Driving Beta to a select set of testers, that the promise of fully-autonomous Autopilot became a tangible possibility. Now the big question in everyone’s mind is, when will it roll out more broadly to the Tesla fleet?

During an interview at the Alex-Springer-Award in Germany on December 1st, 2020, Elon Musk said he was “extremely confident of achieving full autonomy and releasing it to the Tesla customer base next year”. That means Tesla customers who paid for the Full Self-Driving option should be able to navigate city streets on Autopilot as demonstrated by FSD Beta testers.

While Elon has promised this in the past, that was before the major Full Self Driving rewrite the team has been working on to incorporate all camera data simultaneously – a major project.

Previously Elon Musk threw out a possible 2020 release during Autonomy Day in 2019 and also during an interview with ARK Invest that same year.

Musk said during the interview in 2019:

What Elon meant back then is that the functionality will be “feature complete”, but that is different than being ready for consumer use which requires additional testing and regulatory approval. He doesn’t anticipate full Level 5 self-driving (see What do Levels Mean?) until later.

He elaborated back then that it could happen in late 2020 (when the Full Self-Driving Beta was released):

The expected advances in technology build off Tesla’s existing Full Self-Driving features. Autopilot provides computer assistance to drivers in highway driving environments, including lane changes and exits. Musk feels Full Self-Driving in its released form would move far beyond that, eventually allowing drivers to doze at the wheel while the technology drives.

Tesla has promised full self-driving features for its cars since 2016. Models produced since then have included a full self-driving option. Musk noted that these vehicles have the necessary hardware but require updated software to achieve full self-driving. In early 2017, Musk estimated the software technology would be ready by late 2017. That did not happen. He admitted that this is due in part to the complexity of creating software that can safely navigate intersections. He then said autonomous Full Self-Driving would be “feature complete” by the end of 2019, which also slipped.

By “feature complete”, driver observation of the vehicle remains necessary so the driver can take control of the vehicle if something goes wrong. However, the CEO stated that by the end of 2020 full self-driving mode should be complete, at the earliest. At that point, drivers could program in their destination and ride along as if a passenger.

While two to three years behind Tesla’s initial plan for fully autonomous vehicles, Musk’s timeline is ahead of most competitors. Waymo, General Motors and other companies have generally avoided predictions as to when their self-driving vehicles would be ready for consumers.

For more about Tesla and self-driving, be sure to check out the Tesla Autonomy Day presentation for details.

Also, be sure to see the Full Self-Driving Beta for a glimpse of what Autopilot navigation on city streets looks like.