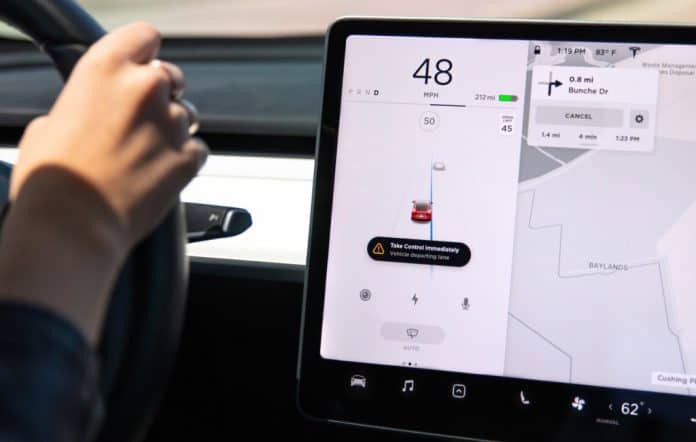 Tesla updated its Land Departure functionality in the latest software update by releasing two new features: Lane Departure Avoidance and Emergency Lane Departure Avoidance. Like most of Tesla’s safety mechanisms, such as Side Collision Avoidance and Automatic Emergency Braking, both of these new features are powered by the company’s advanced driver-assistance system, Autopilot. However, the safety features work even if Autopilot isn’t activated.

If it detects hands are not on the wheel, it will issues alerts similar to those that occur when Autopilot is engaged with Traffic Aware Cruise Control (TACC).

This feature works from 25 to 90 mph and can be turned on and off in the Autopilot settings menu.

The Emergency Lane Departure Avoidance feature is more proactive and automatically turned on at the start of each trip. It will steer a car back to the lane if it detects the driver drifting out of the lane or getting too close to the edge of the road, in addition to issuing a warning. It can be turned off through the Autopilot interface, though it turns on again after each drive.

All Tesla vehicles with AP2 or greater (what is AP1 vs AP2 and AP3?) built after October 2016, starting with the Model 3 and then gradually rolling out to the S and X.

Tesla plans to continually expand its driver-assistance software for years to come via over-the-air updates.