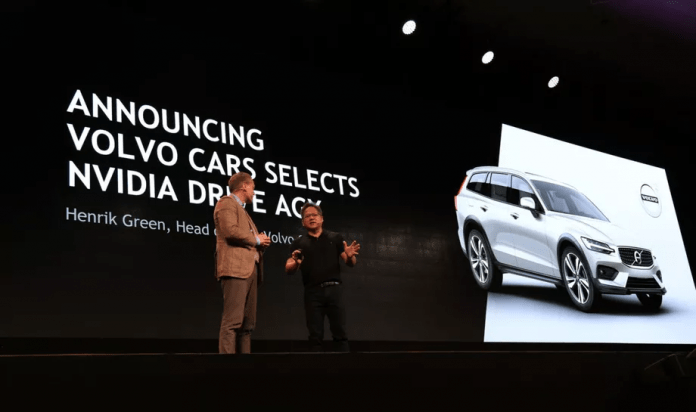 Attempting to take its record of driving safety and innovation to a new level, Volvo will incorporate Nvidia’s Drive AGX Xavier computer in its next generation of cars, allowing the automaker to develop vehicles that offer fully autonomous driving. The new computing platform takes advantage of Nvidia’s artificial intelligence (AI) capabilities and computing power. When Volvo starts production in the early 2020s, its models will operate at “Level 2+” capabilities, similar to what Tesla Autopilot offers currently.

Autonomy Levels and What Nvidia’s Hardware Does

In September 2018, Nvidia announced that its hardware is capable of handling Level 4 autonomy. On a scale of Levels 0 to 5, Level 0 is no automation and Level 5 is full automation. Level 4 is high automation without human oversight in certain geographic areas or under specific road conditions. In a Level 4 car, the driver might maintain control on surface streets and allow the car to take over on the highway. A Level 5 car operates without a driver on any road or under any conditions that a driver would navigate. No such car exists yet.

Previously, Nvidia said its software can read a driver’s lips and track eye and head movements, so it knows whether the driver missed a cue in the driving environment that needs a response. This capability can enhance a driver’s ability to operate the car safely and prevent accidents. Volvo plans to use the hardware platform to provide 360-degree monitoring of the vehicle and driver.

Volvo joins other automakers in using Nvidia hardware platforms to develop autonomous driving experiences. Daimler, the parent company of Mercedes-Benz, has purchased Nvidia products, and earlier in 2018, Volkswagen announced plans for incorporating Nvidia’s Drive IX software development kit in its vehicles. Driver IX software allows building in features such as gesture control, natural language processing, and facial recognition. Uber has used hardware from the company in testing self-driving cars, but it was not using Nvidia’s self-driving car platform in tests it conducted earlier in 2018.