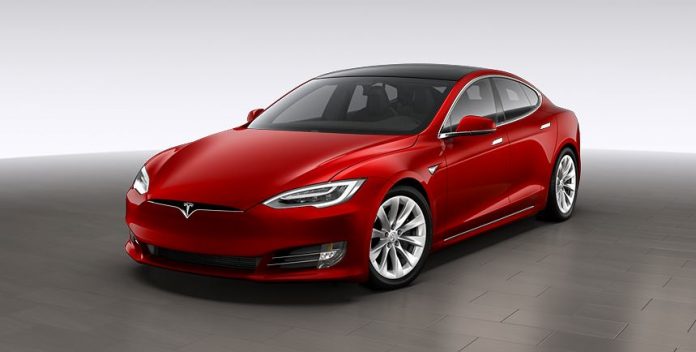 Will there be a Tesla Model S refresh or Model X update coming soon? Is a major Model S and/or Model X refresh in the cards for 2021? With Tesla Model 3 and Model Y, we have a solid grasp of the new Tesla design language and technology being deployed to future Tesla vehicles, including hints from the futuristic Cybertruck.  Read on as we break down the potential areas that may be updated in a design refresh and the latest information based on everything we know.

Should You Wait to Purchase a Model S or X?

Some of the new design and technology refinements might just be enough to make prospective Model S or X owners pause to consider whether there will be a refresh, particularly since the Model S design (interior and exterior) hasn’t been significantly updated in several years.  Now that the Model 3 and Model Y are in full production, we’re guessing Tesla will likely update some portions of the Model S and X design sometime in 2021.  Exactly when is anyone’s guess since Tesla typically rolls in changes to their electric vehicles over time, unlike traditional auto manufacturers that introduce changes on the model-year cycle.

That said, what a “refresh” means exactly is, of course, subjective and open to interpretation. In addition, on the Q3 2019 earnings call, Elon said “The Model S and X are really niche […] To be totally frank, we’re continuing to make them more for sentimental reasons than anything else.”

To help you decide whether you should buy now or wait, we break down each of the components so you can make your own decision.

The most obvious change in the Model 3 and Model Y is the minimalist interior.  Key changes include:

This will be personal preference, of course. Some like the vertical (and less obtrusive) nature of the current S and X layout, including the instrument cluster.  Many also like the vertical screen since it allows for more information to be displayed than on the Model 3 (essentially two screens stacked on top one another). Others may like the clean, extremely minimalist design of the Model 3.  Our guess is that the S and X will likely get a layout similar to the Model 3 and Cybertruck later in 2020 or early 2021 but with a heads-up display to replace the instrument cluster (aka the binnacle).

We also assume that Tesla will, over time, standardize on the horizontal screen design (it remains to be seen if the new Roadster will really keep a vertical screen, as shown in the prototype).  When the Model 3 launched, the screen was faster and had a more current UI than the S and the X at the time, but the S and the X have now since been updated to match the speed of the Model 3 and have a consistent UI as well. Older S and X Models (before May of 2018 may still have the slower MCU computers that power the display, but they can be upgraded).

Update: As of mid-March 2018, Tesla has begun rolling out the faster Intel hardware to Model S and X vehicles as well. In addition, with Version 9, the UI now has the same modern approach as the Model 3

There’s also an intriguing internally facing camera mounted on the rearview mirror of the Model 3.  It is not currently active and is intended to be used for the future Tesla ride-sharing network.

Elon Musk tweeted, “It’s there for when we start competing with Uber/Lyft & people allow their car to earn money for them as part of the Tesla shared autonomy fleet. In case someone messes up your car, you can check the video.” It could also, in theory, be used as a Driver Monitoring System to ensure the driver is attentive during Autopilot usage.

We’re just guessing here, but this is probably a feature most people will not be waiting for! That said, it looks like it may be coming from a recent software update:

One of the more interesting features of the Model 3 is that they ditched the key and only use Tesla app and a backup RFID keycard to unlock the car. With the app, the car will automatically unlock and lock, depending on the proximity of your phone.  Personally, we’d love to ditch the bulky key, and have fewer things to carry around.

Update: As of mid-May 2018, Elon tweeted that all Model S and X vehicles will be able to use their phones for keyless entry and driving (no word whether future models will include a backup keycard like the 3).

Probably one of the biggest areas of advancement is the use of new battery technology to improve range, charging speed, and power; plus reduce costs in the future. The Model 3 and Y use the newer 2170 format Lithium-ion batteries rather than the original 18650 batteries used in the Model S and X.  The new 2170s are larger, lighter and can deliver more power, allowing the Model 3 and the Model Y to have great range and fast charging.

In addition, during the 2020 Battery Day event, Tesla announced a future battery called the 4680, even larger than the 2170 in the current Model 3 and Model Y that will be a “Structural Battery”, meaning it will be built directly into the vehicle. The battery will be easier to produce (meaning cheaper) and have some additional energy density improvements.

Because the 4680 is a structural battery and is built into the chassis, any vehicle that uses them will have to have a significant update.

Switching battery form factors is a big deal. Here’s what Jeffrey B. Straubel, then CTO of Tesla said on the February 2018 call regarding the use of in the Model S and X:

So it’s likely that Model S and X will skip the 2170 format and move directly to the new 4680 format instead. This seemed to have been confirmed by Elon Musk as the Tesla Model S Plaid coming in late 2021 will use them:

While the 2170 and future 4680 cell formats offer a bit more energy density initially, Tesla continues to improve the chemistry in the 18650s. In fact, the new Model S offers a 409 mile range, and the Model X continues to receive range improvements as well, with a 371 mile range now shipping (2021 Model Year).

Tesla Motors has released its own AI hardware called the Full Self-Driving Computer (aka AP3 / Hardware 3) that is 10X more powerful than the current NVIDIA chips used previously. Existing vehicles with AP2 Hardware can simply swap out the AP2 computer with an AP3 one, but it will cost some money to do so (unless you already purchased the Full Self Driving Option – then it’s free).

What does having the Full Self-Driving Computer (“FSD Computer”) mean practically? It means that Tesla vehicles outfitted with FSD Computer will be able to perform better at self-driving tasks than those with AP2, with advanced software updates targeted for that hardware. See the Tesla Autonomy Day announcement for more.

All new vehicles being produced as of late April 2019 have the Full Self-Driving (see New Autopilot Options) installed.

April 23, 2019 – Tesla introduced electric motors for the Model S and X as part of the internally called ‘Raven’ update, similar to those found in the Model 3. Previously the S and X used induction motors, which do not have permanent magnets and instead uses electromagnets to provide variable torque and ample power. The Model 3 motors have a simpler design by using permanent magnets, making them cheaper and more efficient.

The Permanent Magnet Switched Reluctance Motor (PMSRM), like that found in the Model 3, has been introduced on the S and X in the same configuration as the Performance Model 3 with one permanent magnet motor in the front and an induction motor in the back to balance efficiency, cost and performance.

April 23, 2019 – Tesla updated the active suspension on the Model S and X as part of the ‘Raven’ update, building it completely in-house. This allows Tesla to better control the suspension in real-time based on conditions and to further squeeze efficiency out of the vehicles by lowering a far as possible to reduce aerodynamic drag.

In September of 2020, during the Battery Day event, Tesla officially announced a high-performance version of the Model S, dubbed the Model S Plaid (in humorous reference to the movie Spaceballs). It starts around $140,000, has a range of 520 miles, a top speed of 200 MPH and a zero-to-60 under 2 seconds. That said, you’ll have to be patient since, even though you can order one today, they won’t start going into production until late 2021.

There is no mention whether the Model S Plaid will have any design refresh, but we assume it will since it will be released in late 2021.

Also in September of 2019, Elon let the cat out of the bag that rear-facing seats will be making a return in the Model S, allowing for up to 7 passengers to be carried at a time. It’s assumed these seats will roll in 2021, but still unclear when or if they will actual make a return.

While the Model 3 and Model Y have elements of the future, the current Model S and X are amazing vehicles and many prefer the more functional interior layout to the minimalist design of the Model 3 and Model Y. With the 2018 updates that brought a faster touchscreen to the Model S and X, keyless entry, and new interior options, and the 2019 updates that brought Hardware 3 (FSD Computer), the ‘Raven’ update that included updated active suspension, longer range and faster charging for V3 Superchargers, the only thing potentially holding anyone back from buying a new car would be a minimalist interior and/or an updated battery pack (for some additional range beyond the excellent current range).